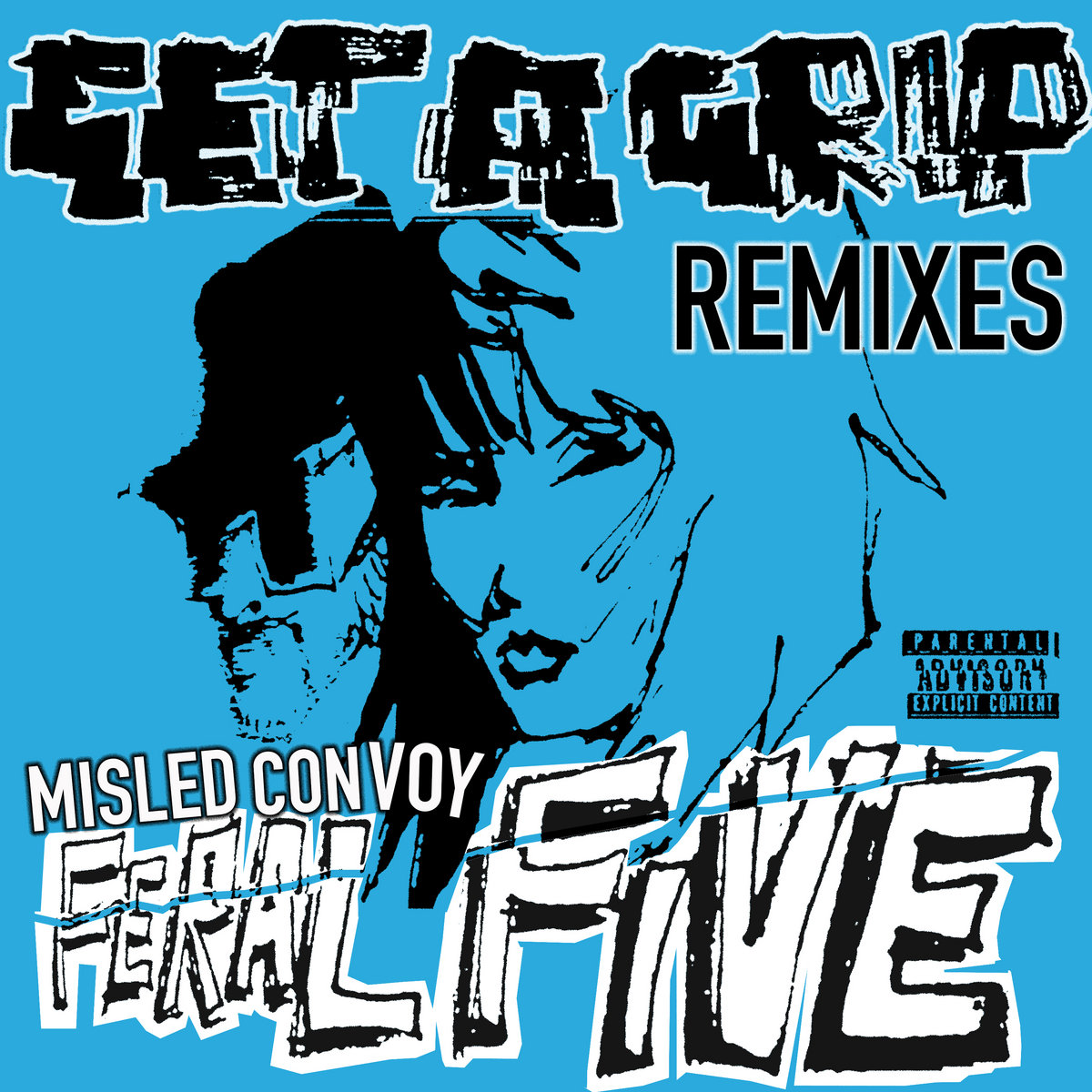 He has completely reworked the original from the ground up, like an electronic phoenix, to create incendiary new music.

“I have aways enjoyed my collaborations with Feral Five, from creating video backings for their live shows, to making music videos, and remixing their tunes.

Feral Five melodies and riffs are always music to my remix ears and when I first heard their new single Get A Grip, I immediately felt a huge urge to create a bombastic psychedelic dub version, and asked if I could create what I felt on the first listen. My thoughts were for a big drum break into a spring reverb and the tune developed from there.

I don’t usually use many vocals in my tracks as I feel like the dub production is the foreground object but Kat Five’s voice just lent itself to being treated and dubbed out into the vibe so I went with it”.

The remixes are out on Primitive Light Recordings on 31st December on all platforms, including Bandcamp.

A longer version will be on Misled Convoy’s Translations Two album out on Dubmission Records on 1st March 2021.

The remixes were mastered by Angus McNaughton, and the original Feral Five version of Get A Grip is out now on Bandcamp, Resonate and other platforms.

Original artwork is by JAKe Detonator, remixed by Feral Five.