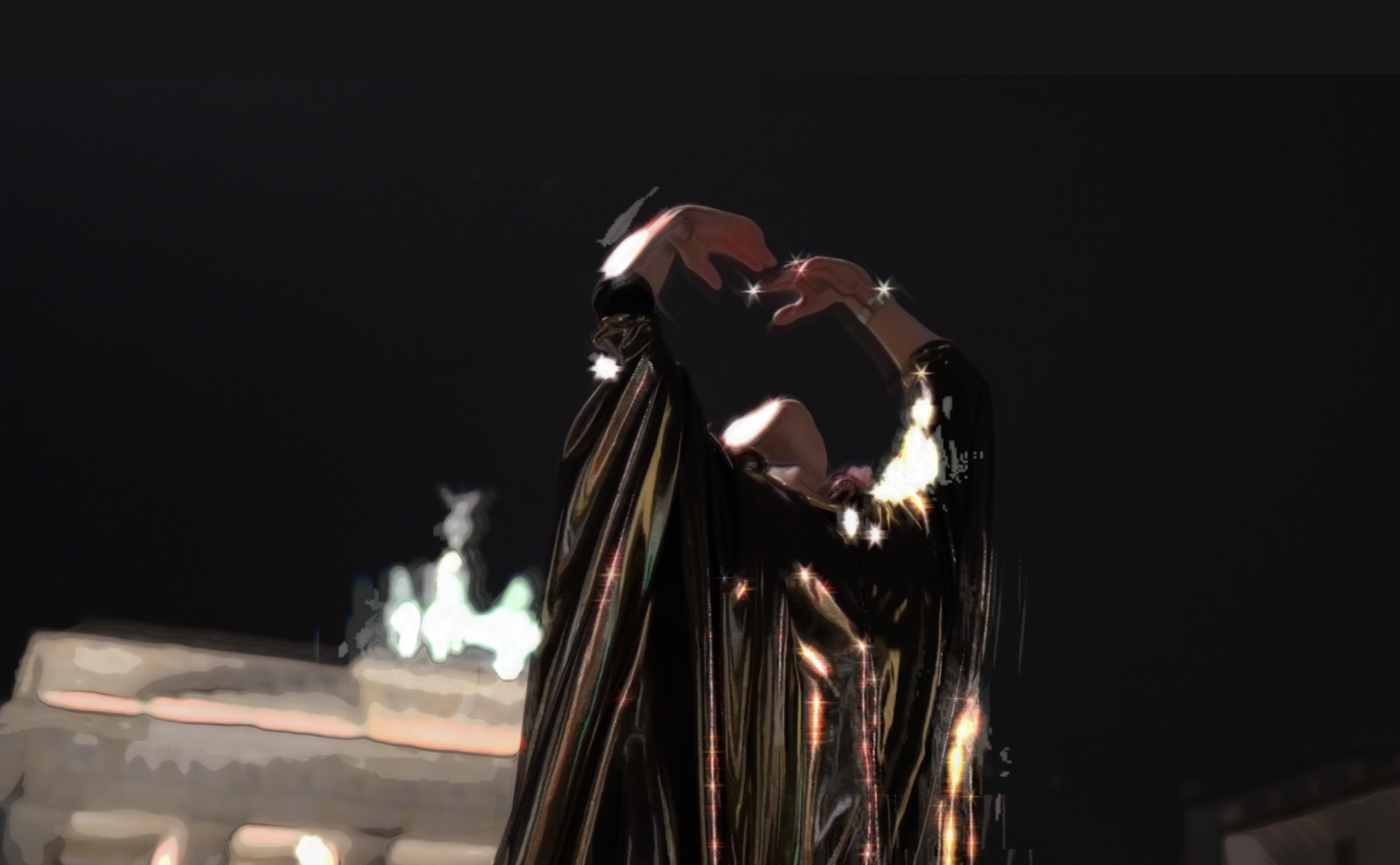 We’re excited to release ‘Golden Rule’ the second single from our upcoming debut album ‘Truth Is The New Gold,’ and a glittering video.

It’s a shimmering anthem of renewal, and a clarion call for people to come together.

Reckless Yes say “With driving bass for dancing feet, and AI voices acting as oracles, sparkling guitars, and field recordings this is as fine an example of electro-pop as you’re going to hear.”

We filmed a powerful video for it in Berlin, directed by David Nassim, and featuring Ruby G. It was amazing working with David, and filming in some of the most evocative locations in the city, including by the historic Brandenburg Gate.

The single cover was designed by the legend that is Malcolm Garrett, and is the second in his series of designs for our singles, and the album, which is on pre-order now on Reckless Yes on limited edition vinyl, CD and digital.

You can also listen to ‘Golden Rule’ on Spotify, Bandcamp and your other favourite places to buy and stream.