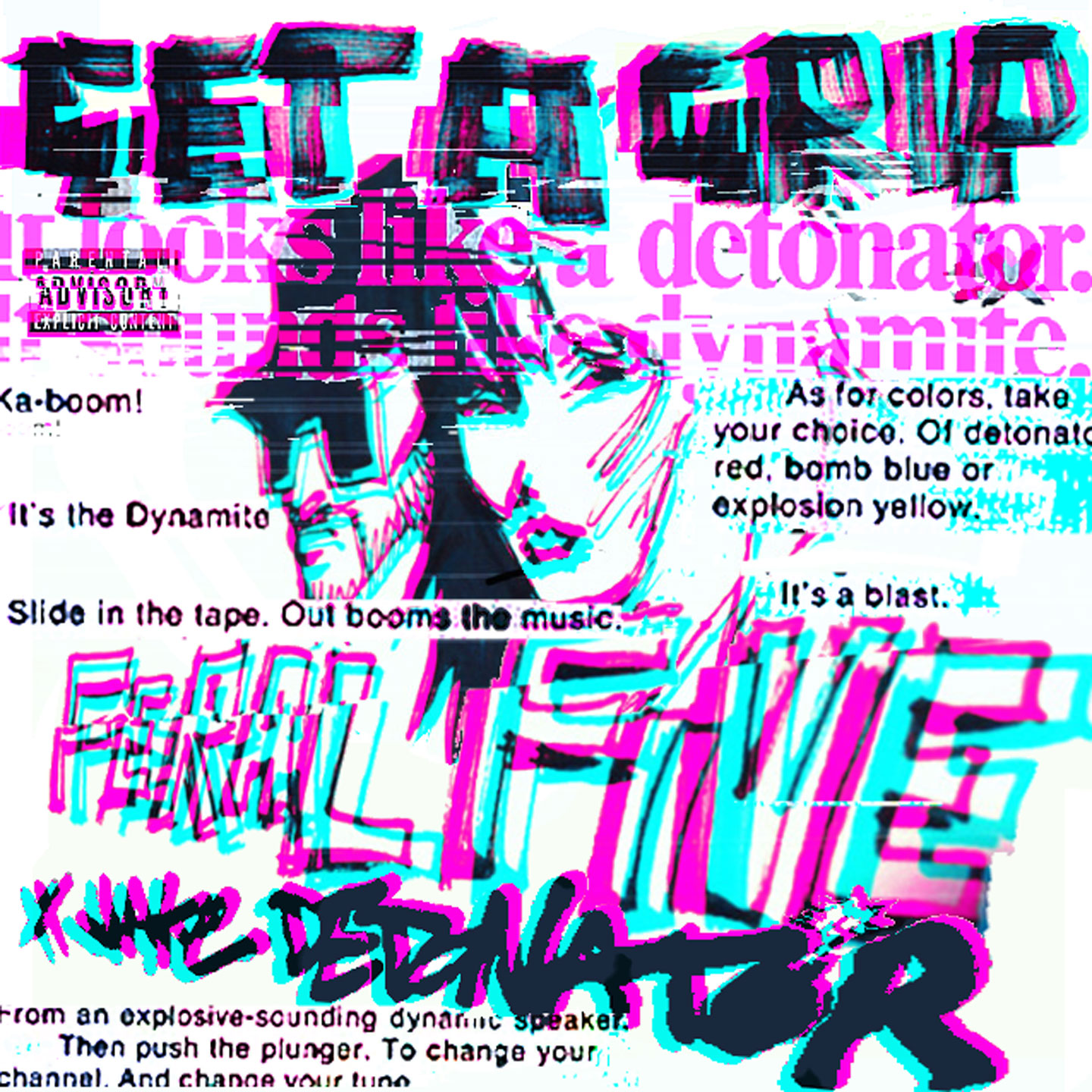 JAKe Detonator has remixed Get A Grip, giving it an explosive alt hip hop sound.

It’s out on Primitive Light Recordings on 24th December on all platforms, and you can pre order on Bandcamp.

JAKe, who sampled a volcano, and also remixed his original cover art for the track, says:

When Feral Five asked me to do the sleeve art for Get A Grip it was an instant yes, as for me, it’s their best tune to date…but my DJ ear immediately noticed a couple of elements that I thought I could chop and loop and make hip hop from.

A trademark of my dj sets during lockdown has been using spoken word records to conjure a mini narrative, so I wanted to sample a few things to give this remix a kind of 70’s film vibe…something Lalo Schifrin might have scored…but with Thor on drums and a lot of bass heavy cutting and scratching. The problem is clearing samples is a costly business so I had to be a bit more inventive…I’m not going to reveal my production secrets but elements of this were recorded in the bathroom…and the stairwell at work…but with everyone at home during lockdown and I’m not sure what the neighbours were thinking.

If the original track is Feral Five flying through holograms… my version drops them behind the wheel of a Dodge Charger with giant number 5 on the hood, blasting out the theme to Armageddon.”