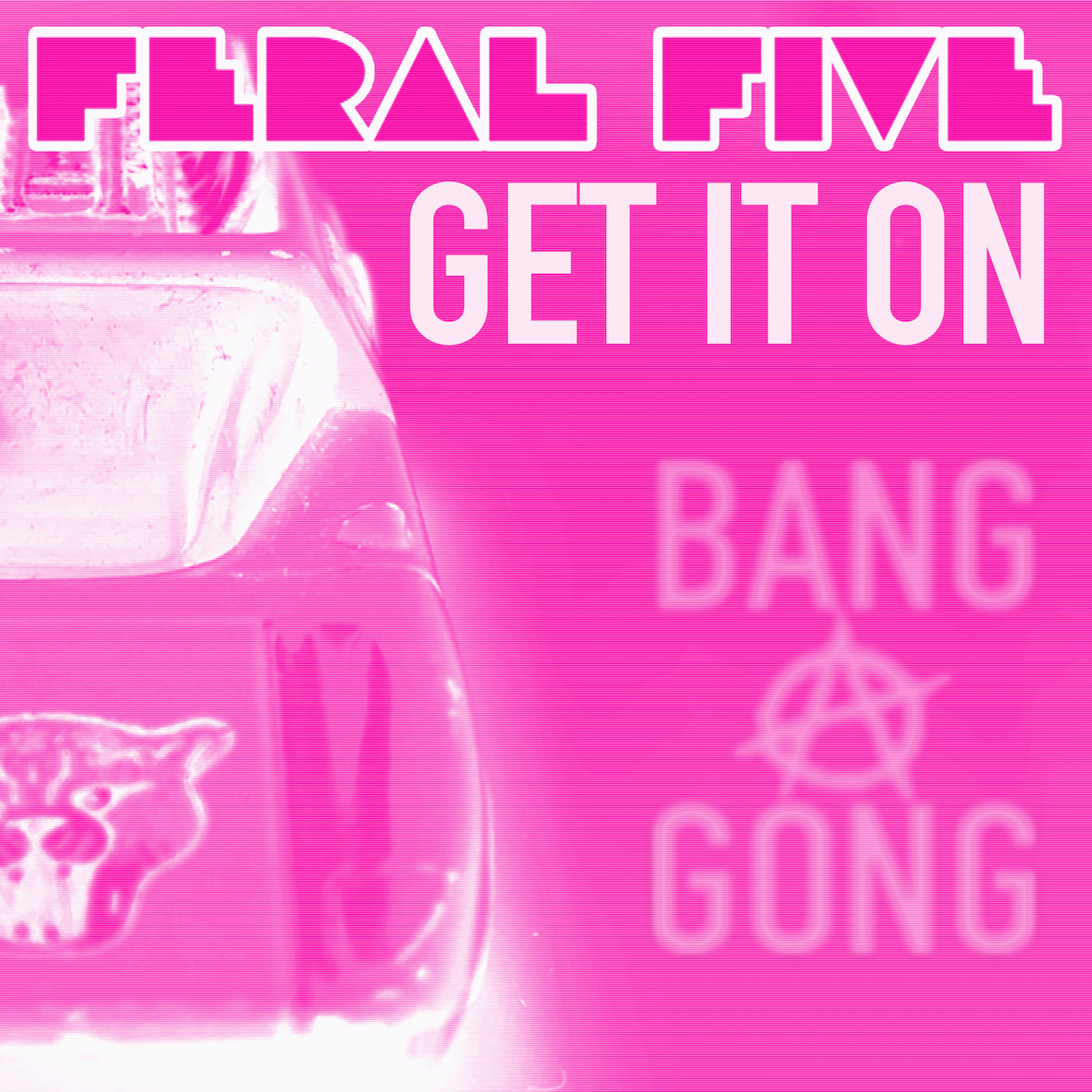 FERAL FIVE unleash an intoxicating bundle of fun-fur electro-glam with their take on the T. Rex classic ‘Get It On’.

Featuring both Ferals on vocals, this stomping version saw a fans-only sneak peek to celebrate finishing their album. They soon had requests for a full release, which the band dutifully obliged. Talk about ‘Bang A Gong’, this track has dirty synths, floating fuzz guitar, heavy bass and beats (including cymbals and gongs of course). Crank up the generator and set your speakers to overload, this song is more than electric, it’s a mesmeric fully Feralised electronic smash!

The fully charged tune will be officially released on 28th January via Primitive Light Recordings.

Feral Five’s electronica with attitude features on BBC 6 Music, Radio X and in film and has been supported by the likes of Chris Hawkins, John Kennedy, Gideon Coe, Steve Lamacq, and Eddy Temple-Morris

“This is our way of celebrating the new and paying homage to T. Rex, one of our faves. After a break from live and everything we’ve all been through, we really felt it was time to restart the party.” – Feral Five

“Glam and glitter electro for the dancefloor” – Turn Up The Volume