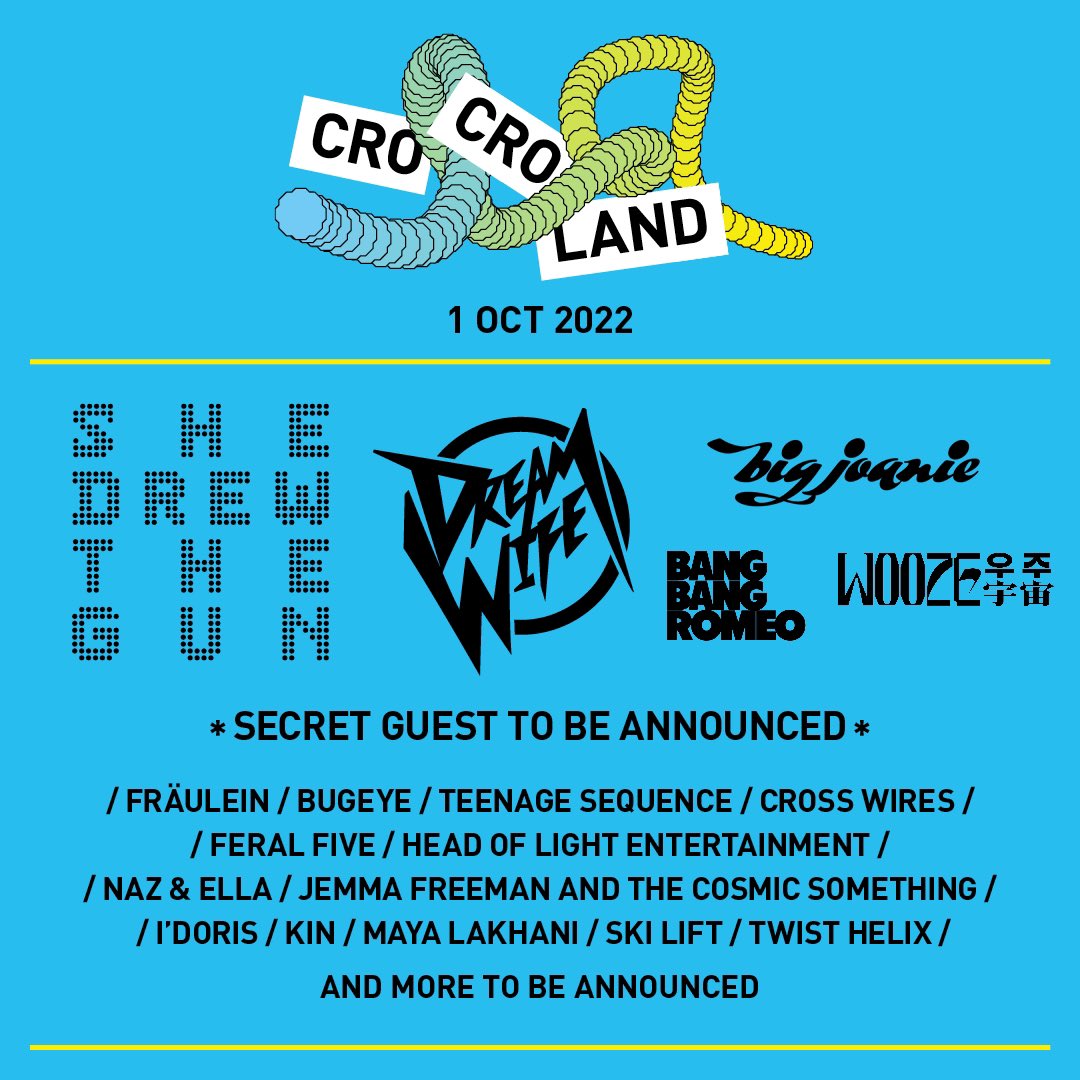 Cro Cro Land Festival 2022 has just been announced, and we are excited to be playing it alongside so many of our favourite artists.

It’s on Saturday 1st October at Fairfield Halls in Croydon, and features She Drew The Gun, Dream Wife, Big Joanie, Bang Bang Romeo, Wooze, Bugeye, Fräulein, Jemma Freeman and the Cosmic Something and more, with new names to be announced.

We played the first Cro Cro Land Festival, which sold out, and we had an amazing time. The organisers created something exciting, friendly, and inclusive. They say:

“Cro Cro Land is an independent music event in the heart of Croydon, bringing guitar bands back to the birthplace of punk. Expect a mash-up of queer, non-binary, and straight bands with gender equality at the heart of all we do both on stage and crew.

We offer music fans something different with our stages by reflecting the society we live in and it’s a welcoming gathering of great music and fans because of this.”

Best to get your Cro Cro Land tickets now then!